History Of The Organic Farming

History Of The Organic Farming

The organic movement is more of a renaissance than a revolution. Until the 1920’s, all agriculture was generally organic. Farmers used natural means to feed the soil and to control pests.

It was not until the Second World War that farming methods changed dramatically. It was when research on chemicals designed as nerve gas showed they were also capable of killing insects.

In 1939, Paul Muller developed DDT, the first of a new class of insecticides – chlorinated hydrocarbons to counter the pest problems. Since then, a new way of farming emerged, where the use of chemicals was heavily promoted. This led to the outright dismissal of organic farming methods.

In 1962, science writer Rachel Carson published Silent Spring, a book where she criticised the indiscriminate use of chemical pesticides, fertilizers and weedkillers. The book title refers to the ultimate disappearance of songbirds because of the effects of DDT

The ‘be natural’ approach of the 1960s and 1970s, the growing consumer interest in health and nutrition, the growth of the green movement, the focus on conservation and environmental issues stimulated the development of the organic market and encouraged farmers to adopt organic methods.

In the middle of the 20th century enthusiasts brought organic farming techniques from Europe to Australia.

The organic movement had sprung directly from the customers’ demand as they became sick of the health hazards associated with the use of chemicals in food and household products.

Products offered only through health food stores in the 1970s and 1980s spread to the corners of supermarkets in the 1990s. Today, organic products occupy prime shelf space in the big chain supermarkets. 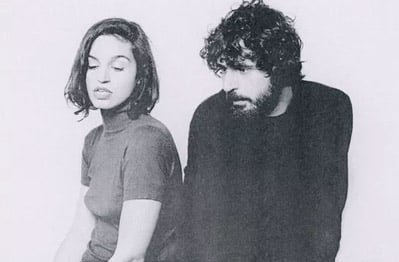 Every body knows mr avocado, but not so many people had the chance to enjoy a sweet tasty Cherimoya

Although we are confessed omnivores, we love food, enjoy eating, experimenting in the kitchen and we are always